What Is the Best Plant-Based Meat Alternative for Dogs? 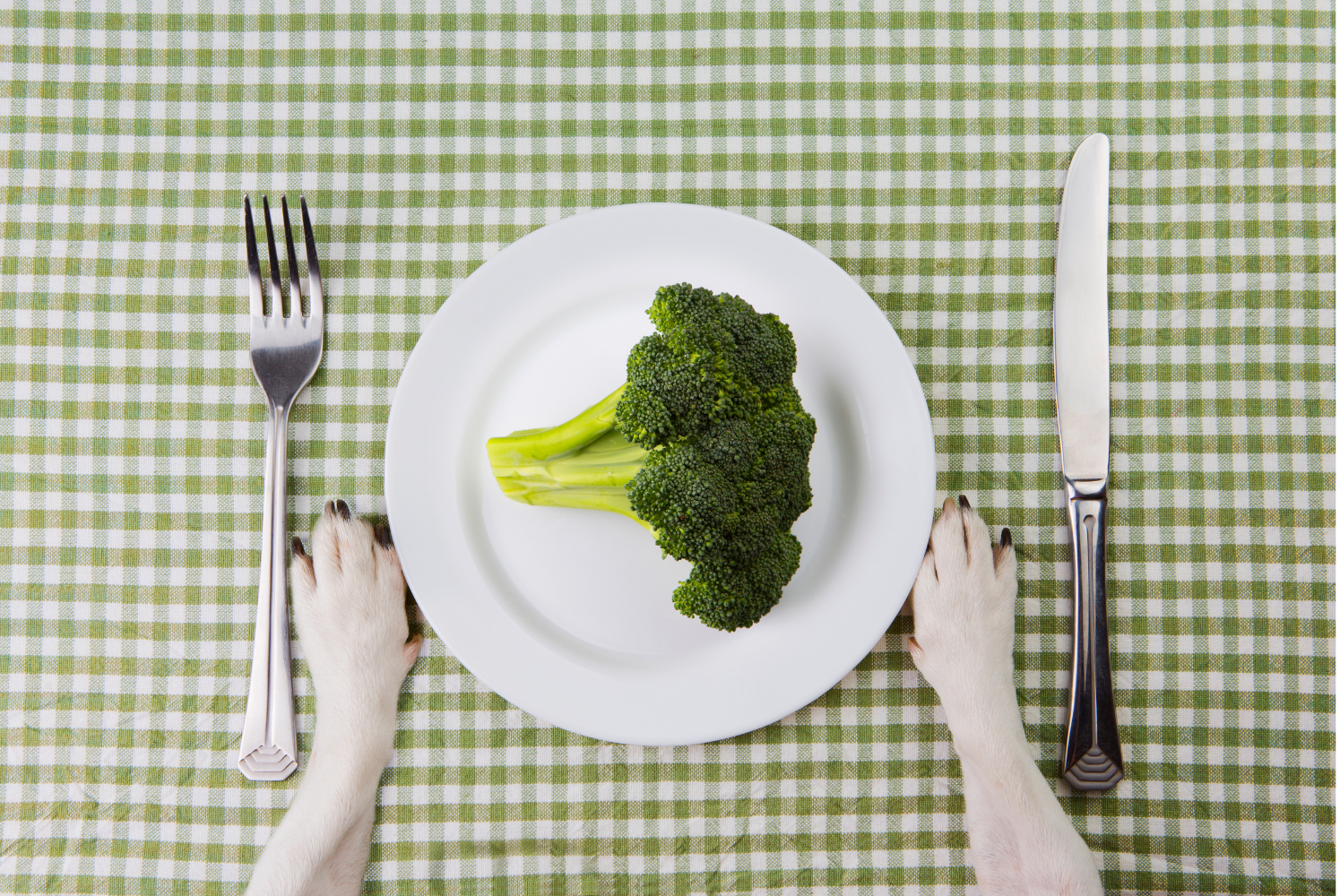 More and more people are making the switch to plant-based diets for themselves. As a pet parent, you may also be considering transitioning your dog to a vegan diet, and as you stand in the grocery store, about to purchase some plant-based meat burgers for yourself, you may be wondering, can’t I just feed this stuff to my pup as well?

Dogs are not carnivores

Let’s start at the beginning. Do dogs actually have to eat meat? It’s common to believe they do, but the answer is no. Dogs have come a long way since their wolf days, when they had to hunt for prey in the wilderness, and a 2013 study showed modern dogs are genetically different than their carnivore ancestors and can adopt a high starch plant-based diet without issues. Our domesticated dogs have adapted and evolved over hundreds of years, and their bodies and intestines are fully capable of handling a plant-based diet.

Dogs can thrive on vegan diets

Not only can our modern dogs handle plant-based food, but they can also thrive on it. A recent study by Dr. Andrew Knight showed that a vegan diet might, in fact, be the healthiest choice for your pup. In the study, dog guardians reported their observations regarding their dog’s health. 2,536 dogs were observed during a year (54% of which were on a conventional meat diet, 33% on a raw meat diet, and 13% on a vegan diet), and seven key indicators of health were reported. The study concluded that about 1/3 of dogs on a vegan diet had to resort to non-routine medication, compared to almost half of the dogs that consumed a conventional omnivore diet. 9% of the vegan dogs and 8% of dogs on a raw meat diet needed more than four vet visits over the year, compared to 17% of those fed a traditional diet. Dr. Knight stated: “The healthiest and least hazardous dietary choices for dogs are nutritionally sound vegan diets.”

Your beloved fur baby’s health is not the only reason to switch them over to meat-less meals. The meat industry is also detrimental to both the environment and animal welfare in more ways than one. For one, many vegans eat meat-free for ethical reasons. An estimated 9 billion animals are raised and killed for food every year, according to the Animal Legal Defense Fund, and pets are estimated to consume around 20% of the world’s meat and fish.

According to a study at the University of Edinburgh, the pet food industry is responsible for about emitting 106 million tonnes of carbon dioxide into the atmosphere each year. It also contributes to deforestation, drought and flooding, extinction, and decreased biodiversity. Read more about the impact of the pet food industry on the environment here.

So, feeding your dog plant-based meat sounds like a no-brainer, right? Wait, not so fast.

The plant-based meat substitutes sold in stores are formulated with humans in mind and may contain ingredients that are not suitable for our furry friends to ingest. For example, they may have high levels of fat and excessive sodium. In addition, some of the spices commonly used in these meat substitutes can be toxic to dogs. In a conversation on Twitter, Impossible Foods, a producer of plant-based meat products, stated: “The Impossible Burger was created for human consumption, with human nutritional needs in mind. Animals are often sensitive to foods commonly consumed by humans, and these sensitivities vary between species and breeds. As a result, we do not recommend that it be served to pets.”

PawCo has made the world’s first plant-based meat for dogs. Our recipes are formulated by food scientists and animal nutritionists with the nutritional needs of dogs in mind and contain no ingredients that are harmful to dogs. Our meals are complete, balanced, and 100% vegan, meaning they are better for your pup, other animals around the world, and the environment. Check them out here!

In conclusion – meatless meals are an excellent choice for both you and your furry friends – just make sure to give them their own safe and healthy kind of plant-based meat, formulated just for them.