Did You Know Dogs Can Be Vegan Too?

As more and more people explore plant-based eating, the interest in meatless alternatives for four-legged family members is growing as well. But is it healthy and safe for them? Read on to find out what science says. 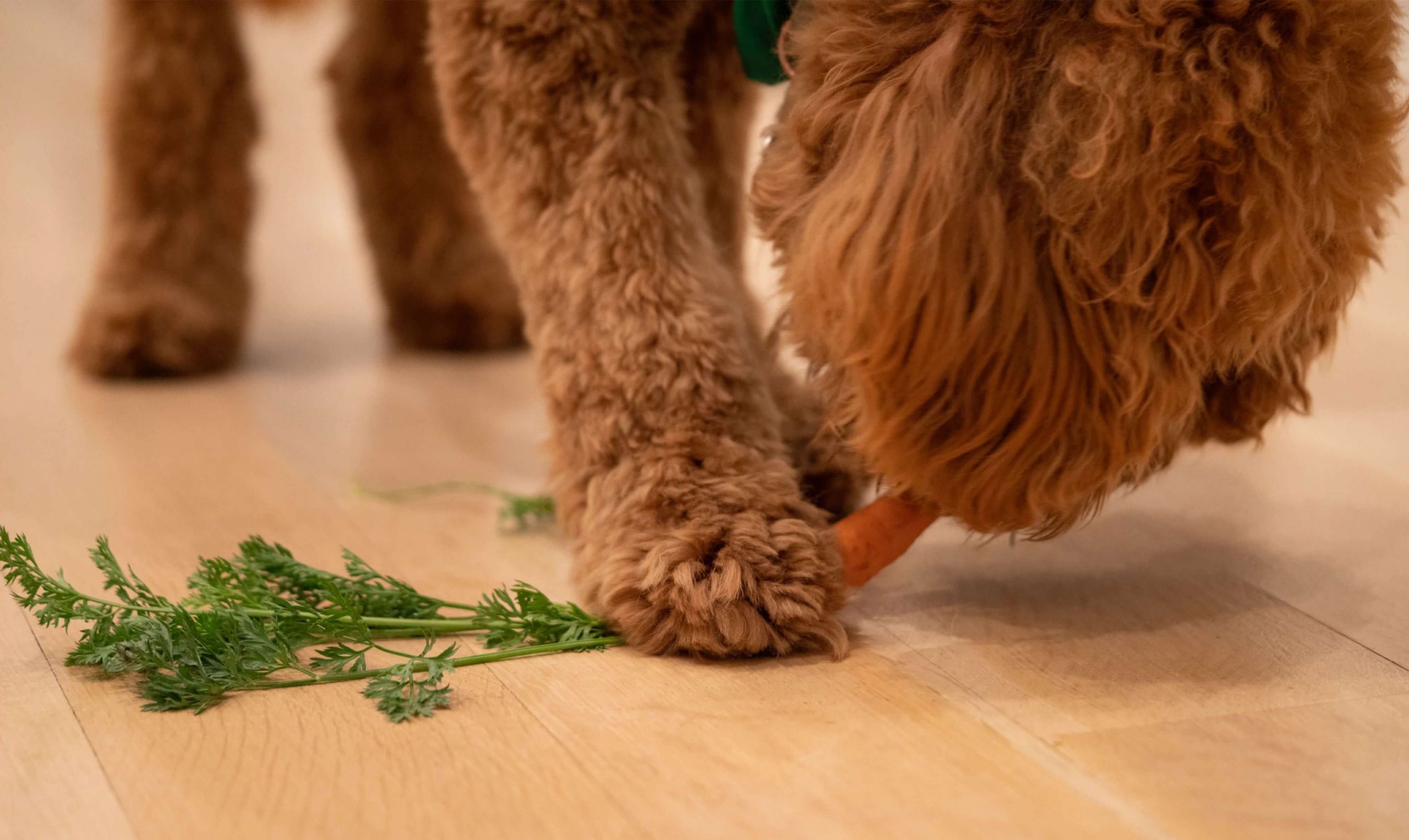 A meatless or ‘meat-reduced’ diet is steadily becoming more popular among humans. A 2019 Gallup telephone poll with U.S. adults showed that nearly one in four Americans had reduced their meat consumption over the preceding year, and a 15-year study showed that plant-based Americans had grown from just 290,000 in 2004 to 9.7 million in 2019 – a 300% increase. While it’s tough to determine precisely how many people are vegan worldwide, it’s clear that the lifestyle choice is becoming more and more popular and increasingly accepted. Just take a look on the shelves of a grocery store – meatless alternatives are abundant, and sales of plant-based foods were up by 27% in 2020.

While many may choose to give up meat for moral reasons, health also plays a big part in why more and more people are switching to a plant-based diet, according to the Gallup poll.

And people aren’t wrong in their concerns about how meat consumption can negatively affect their health. According to the National Cancer Institute, consuming meat products cooked at high temperatures can put you at a higher risk for cancer. The WHO recommends that to reduce the risk of colorectal cancer, meat-eaters should moderate their consumption of processed meat. An Oxford University study also showed that the risk of becoming affected by nine other non-cancerous illnesses, including diabetes and pneumonia, was higher in those who ate large amounts of meat.

As if this wasn’t enough, studies have shown additional health risks when it comes to meat-based dog food. For one, many commercial dog foods contain so-called “4D meat” – meat from animals that are disabled, diseased, dying, or dead on arrival to the slaughterhouse. According to Dr. Andrew Knight, a veterinary professor at the University of Winchester, these products are condemned as unfit for human consumption and labeled as ‘meat derivatives’ or ‘by-products’. In his study, he noted: “Due to expensive labour costs, plastic ear tags are not always removed. Old or spoiled supermarket meat, sometimes without removal of styrofoam packaging (which increases labour costs), may also be used.”

Knowing the health risks of meat consumption, it’s not too surprising that many vegan dog owners are looking into alternatives to traditional, meat-based food for their four-legged friends as well. But is it safe for man’s best friend to transition to a meatless diet? According to Dr. Jena Questen, who has her own animal rescue and vet hospital, the answer is yes. She recommends a vegan diet for dogs, stating: “I want my animals to live as long, and healthy, as possible, therefore a plant based diet is what I feed and recommend, with tremendous results!”

Dr. Andrew Knight said his research showed that pets can thrive on a vegan diet. He stated: “Dogs, cats and other species have requirements for nutrients, they don’t need meat or any other particular ingredient. They need the set of nutrients, and provided those are supplied to them in a diet that’s sufficiently tasty that they’re motivated to eat it, and digestible, we’d expect to see them thrive. And that’s what the evidence seems to indicate. The claim is animals on vegan diets will necessarily become ill and it’s somehow cruel to maintain them, is contrary to the scientific evidence in this field and is ignorant.”

But aren’t dogs carnivores? They came from wolves, after all. It’s a common misconception, but just like humans, dogs are omnivores, meaning they can eat meat, but they are also physically equipped to digest plants. Their intestines are suited to digest both meat and plants. A 2013 study showed dogs are genetically different than their carnivore ancestors and can adopt a high starch plant-based diet without issues.

In conclusion – when considering a plant-based diet for your dog, ensure that it contains all the required nutrients, but rest assured – it is safe and a healthy alternative for your furry friend.